You might think a medley including fourteen songs would stretch out to 45 minutes or more. Nope, not today.

I have put together a medley of 14 songs that doesn’t quite hit the 21-minute mark! These are not obscure songs, by the way. All but the final four were released as hit singles, and if you are a fan of Janis Joplin (singing the final song she ever recorded), Neil Young, Queen or The Beatles, you most certainly should recognize those final four album cuts.

The Keep It Short Medley 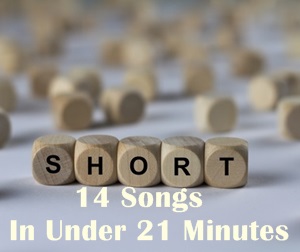