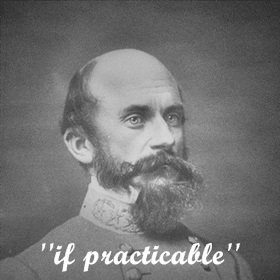 1863 – The Battle of Gettysburg: Day 1 … At 5:00 a.m., Confederate Major General Henry Heth’s Division set out for Gettysburg from Cashtown. To the west of town, Union Brig. General John Buford’s Cavalry Division sat with 2,700 troops.
At 7:30 a.m., Lieutenant Marcellus Jones of the 8th Illinois Volunteer Cavalry fired the first shot at the Battle of Gettysburg. Skirmishing ensued as Buford’s troops held out stubbornly, though seriously outnumbered. By 9:30, Heth finally had his men into position to attack.
At 9:45, Union General John Reynolds’ I Corps arrived on the scene to reinforce Buford’s Division against increasing pressure from the advancing Confederates.
Within 45 minutes, as Reynolds was supervising the placement of the 2nd Wisconsin (“Forward men! For God’s sake, forward!”), he was struck by a bullet to the head and was killed instantly.
Confederate Army Gen. Robert E. Lee arrived in Gettysburg mid-afternoon. By then, Union forces were on the retreat through the town of Gettysburg, regrouping at Cemetery Hill (the north end of Cemetery Ridge).
Lee ordered Confederate Gen. R.S. Ewell (shown above) to attack Cemetery Hill (“if practicable”), but Ewell made the fateful – and long debated – decision to forego the attack, giving Union troops time to bring in reinforcements and set up artillery.
By dusk, a Union corps under General Winfield Scott Hancock had arrived and extended the defensive line from Cemetery Hill all along Cemetery Ridge to the hill known as Little Round Top. Three more Union corps arrived overnight to strengthen its defenses. 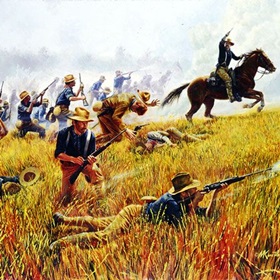 1898 – Theodore Roosevelt and his “Rough Riders” waged a victorious assault on San Juan Hill in Cuba during the Spanish-American War.
The fight for the heights was the bloodiest and most famous battle of the war. It was also the location of the greatest victory for the Rough Riders, as claimed by the press and its new commander, Roosevelt – who had Richard Harding Davis, his personal publicist, alongside him.
But there were other heroes, rarely mentioned when San Juan Hill is discussed.
The Rough Riders (officially known as the First U.S. Voluntary Cavalry) and the “Buffalo Soldiers” (black soldiers of the 9th and 10th Cavalry regiments) were the first up Kettle Hill.
Roosevelt attempted to lead an attack against San Juan Hill but was followed by only five men. Returning to his lines, he met with Brigadier General Samuel Sumner and was advised to take a less steep route. The troops, along with the “Buffalo Soldiers” broke through lines of barbed wire and headed up the northern extension of San Juan Hill. By then the fighting was over at the top of the heights.
From the crest, the Americans found themselves overlooking Santiago, and the next day they began a siege of the city.
One often overlooked hero was Lt. John Henry Parker. During the battle, Parker’s Gatling guns fired approximately 18,000 rounds in eight and a half minutes (over 700 rounds per minute of continuous fire) into the Spanish defensive lines atop the heights.
The best-known image of the Spanish-American War is that of Teddy Roosevelt on horseback charging with his Rough Riders up San Juan Hill. The reality is he abandoned his horse at a barbed wire fence 40 yards from the summit and ran alongside his orderly toward a fortified house.
The prevailing theory then – and even now – is the victory belonged primarily to Roosevelt. It did not, nor did it belong mainly to the Buffalo Soldiers. It belonged to all of them. 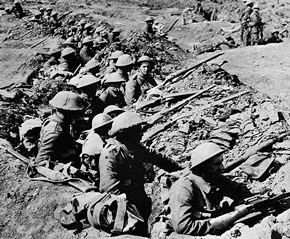 1916 – After a week of prolonged artillery bombardment, 11 divisions of the British Fourth Army and 5 divisions of the French Sixth Army began an attack on German forces north of the River Somme in France. It became the bloodiest day in the history of the British Army and one of the most infamous days of World War One.
Allied and German troops faced each other’s trenches separated by a few hundred yards of “no-man’s land”. British generals staged a massive artillery bombardment and sent 100,000 men over the top to take the German trenches. The question that remained was whether the troops could cross no-man’s-land before the barrage lifted.
It was a race with death.
British soldiers were cut down by the thousands by machine gun and artillery fire. In one day, 19,240 British soldiers lost their lives and another 40,000 were wounded. 1,600 French soldiers died.
The Battle of the Somme continued for another 140 days. More than three million men fought in this battle and one million men were wounded or killed, making it one of the bloodiest battles in human history. 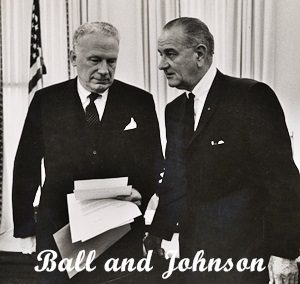 1965 – Under Secretary of State George Ball submitted a memo to President Lyndon Johnson.
Titled A Compromise Solution for South Vietnam. It was blunt.
“The South Vietnamese are losing the war to the Viet Cong. No one can assure you that we can beat the Viet Cong, or even force them to the conference table on our terms, no matter how many hundred thousand white, foreign (U.S.) troops we deploy.”
Ball advised that the United States not commit any more troops, restrict the combat role of those already in place, and seek to negotiate a way out of the war.
Secretary of Defense Robert McNamara dismissed Ball’s negotiated settlement plan. He urged the president to “expand promptly and substantially” the U.S. military presence in South Vietnam. There were less than ten U.S. Army and Marine battalions in South Vietnam at the time.
Johnson ultimately accepted McNamara’s recommendation. Three weeks later, he authorized a total of 44 U.S. battalions for commitment in South Vietnam, a decision that led to a massive escalation of the war. 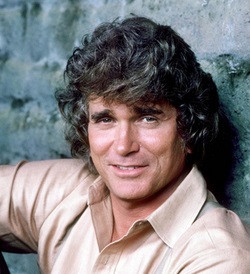 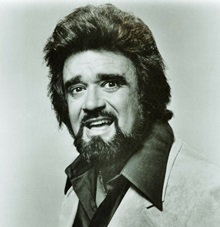 1995 – Robert Smith (better known as Wolfman Jack) died from a heart attack at the age of 57.
Younger people might remember him as the regular announcer and occasional host for The Midnight Special. Those a little older may recall him for his role in American Graffiti.
But anyone growing up in the 1960s will remember when Smith developed his famous alter ego Wolfman Jack on powerful Mexican stations with signals as large as 250,000 watts – five times the U.S. limit – and began to dominate the rock and roll airwaves. With that high-powered signal, he was picked up all over North America, and at night as far away as Europe and the Soviet Union.
After moving to station KDAY in Los Angeles, he used old tapes from the Mexican days and turned them into one of the first rock and roll syndicated programs. He also appeared on Armed Forces Radio from 1970 to 1986.
At his peak, Wolfman Jack was heard on more than 2,000 radio stations in 53 countries! 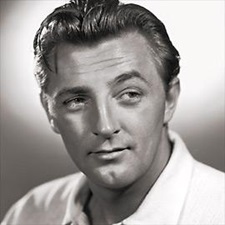 1997 – Actor Robert Mitchum died of lung cancer and emphysema at the age of 79.
He radiated rugged strength – sometimes as the good guy, other times a (very) bad guy – in more than 100 movies. Mitchum’s first major role, as a dedicated infantry officer in The Story of G.I. Joe, won him an Academy Award nomination for Best Supporting Actor.
Other well-known films include Out of the Past, The Night of The Hunter, Heaven Knows, Mr. Allison, The Sundowners, Ryan’s Daughter, The Longest Day, and the original Cape Fear. 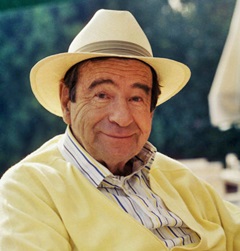 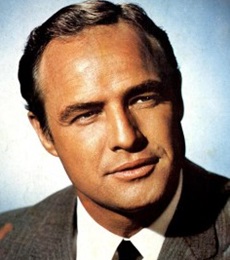 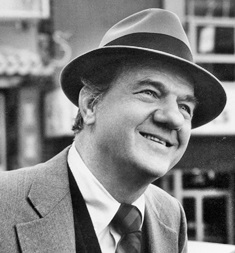